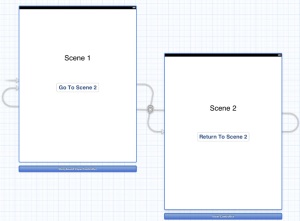 The concept of storyboarding was introduced by Apple in iOS 5. This was the first major deviation from using the interface builder to build iOS apps. Storyboards were created to help developers visualize the flow of the application. It is a lot like having a bunch of XIBs, but in a single file. You can also create custom transitions via code that will change dynamically if needed, much like you can with XIBs. But a lot of people who are new to iOS development get confused between XIBs and Storyboards. What should you use for your project? Does it matter one way or the other?

Here are the pros and cons of using storyboards:

It might be worth for large apps to split up into multiple storyboard files. We can do segues between storyboards and keep them separated. There really isn’t a right or wrong when to use one or the other, it is just a matter of preference and what iOS versions you are targeting. Storyboards are a step in the right direction for the UI implementation and the hope is that Apple will extend them in the future iOS versions. It will be great if they resolve the “single file” issue. Otherwise, they will not be ideal for larger projects.

1 thought on “Storyboards vs XIBs”