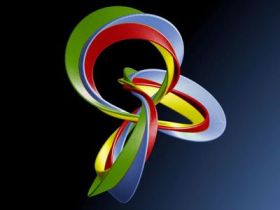 Before we start, let me put something out there. Poincaré Conjecture is one of the seven millennium problems established by the Clay Mathematics Institute. Those problems are worth a million dollars each! The Poincaré conjecture depends on the mind-numbing problem of understanding the shapes of spaces. This field of study is referred to as “topology” by mathematicians. Topology is an important field within mathematics concerned with the study of shapes, spaces and surfaces. We interact with these in our everyday lives. We see surfaces breaking and shapes getting deformed all the time. Ever wondered if there is any law governing these deformations? Or are these deformations just too random to be studied? Does Poincaré Conjecture have any real world applications?

Why do we care about the Poincaré Conjecture?

Poincaré Conjecture is one of the more pure problems of mathematics. The reason it is so important is because it also has a deep and intricate connection with physics. It will not have any implications that will be immediately obvious to a layman, but it has enormous implications in our understanding of the universe, spacetime and manifolds. Universe, spacetime and what? Manifolds. The theory of manifolds is too vast to be discussed here. You can check out this article if you are interested in knowing what they are.

It’s easy to understand the 2-dimensional surfaces around regular 3-dimensional objects, like leather around a ball or the sheet on a mattress. Mathematicians have studied them for many decades and the theory is well established. But Poincaré raised the question of whether we can understand 3-dimensional surfaces around 4-dimensional objects (“time” being the fourth dimension). It’s not very easy to imagine! This, in fact, lead him to a very fundamental question. What is the shape of the space we live in?

What is a conjecture?

It would be awkward to go through this entire post and realizing that you don’t know what a conjecture is. In mathematics, we come across a lot of things that are true, but the problem is that they don’t have any proof. Mathematicians encounter this very frequently. Just because there is no proof, it doesn’t mean that the statement is false. But on the other hand, it doesn’t mean that it’s true either! This is where a conjecture comes in.

A conjecture is a proposition that is unproven. For example, you observe something over a period of time and deduce a pattern. You say that it is true for all the cases, without actually testing for all the cases. You did this because you couldn’t get a general proof for all the cases. Nobody else has a counter example to disprove you either. Thus, your proposition becomes a conjecture. Conjecture is not the same as “hypothesis”. A hypothesis is actually testable based on accepted grounds. A conjecture, on the other hand, is not testable. It just appears correct and there is no proof to disprove it.

What is the millennium problem? 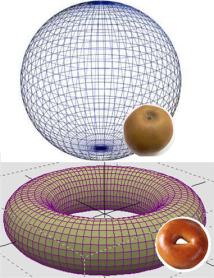 As mentioned earlier, the Poincaré Conjecture deals with topology. The French mathematician Jules Henri Poincaré, in his 1904 paper, stated that a sphere will remain a sphere no matter what. You can deform it in any way you want, it will still remain a sphere. Wait a minute, if we deform a sphere, how will it remain a sphere? To people who are new to this, welcome to the world of mathematical topology. In the world of topology, we are primarily concerned with the surfaces of objects. So no matter what you do to a sphere, the resulting deformed, twisted and complicated form is still considered a sphere. What it means is that, after you deform the sphere, I can take it back and deform it again to convert it back to a sphere. However, there is one restriction. You cannot poke a hole into the sphere. For example, you cannot make it into a doughnut, ring or a coffee cup. That will result in a different category of objects.

There is one more complication. When most people think of a sphere, they generally consider the space that a sphere occupies. When topologists talk about a sphere, they are talking exclusively about its surface. This conjecture deals with the surface of objects. If we consider a circle, it would constitute a 1-sphere (the circumference of the circle is a 1-dimensional line). If we take a regular sphere, then it would constitute a 2-sphere (the surface is a 2-dimensional plane). Now Poincaré Conjecture says that the deformation idea holds good for 3-spheres too. 3-spheres are actually 4-dimensional objects that are very difficult, perhaps impossible, to imagine. The universe is said to be a 3-sphere.

Let’s consider a soccer ball. We will take a rubber band and stretch it across the surface of that ball. Now, we can slowly shrink that rubber band down to a point by moving it slowly, without tearing it and without allowing it to leave the surface. Simple enough right? On the other hand, if we imagine that the same rubber band has somehow been stretched to fit around the outer circumference of a doughnut, then there is no way of shrinking it to a point without breaking either the rubber band or the doughnut. The hole in the middle prevents this from happening. We say that the surface of the soccer ball is “simply connected”, but the surface of the doughnut is not. Poincaré knew that a two-dimensional sphere is essentially characterized by this property of simple connectivity. He then asked the corresponding question for the three-dimensional sphere (the set of points in four-dimensional space at unit distance from the origin). He said we can do the same thing for 3-spheres as well, but he couldn’t prove it. It was there for around 100 years after that and mathematicians weren’t able to disprove it either.

A Reclusive Genius Solves This Problem

In what was one of the biggest breakthroughs in the field of mathematics in recent times, a Russian mathematician named Grigory Perelman solved this problem by publishing a series of papers in 2002-2003. It has withstood the test of time and it is now well accepted within the mathematics community. Perelman was awarded the enormously prestigious Fields Medal in 2006, which he declined. Clay Mathematics Institute has officially recognized him to be the recipient of the 1 million dollar prize, which he declined as well. Looks like he is one of the more pure pursuers of knowledge!