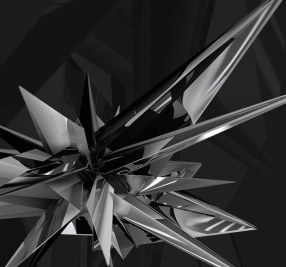 Let’s consider a business deal where there are multiple parties negotiating the terms. In such a situation, it’s usually not possible for every single party to get everything it wants. They need to optimize their demands so that everyone comes out with something positive. Similar situations arise across many areas of engineering where we have to deal with many resources and we need to make a trade off based on cost, quality, speed, and so on. How do we model this problem and decide the optimal state of affairs? This is where the concept of Pareto Optimality comes into picture.

What is Pareto Optimality?

Pareto Optimality is a concept used in economics to model the efficiency problem. It is named after the famous Italian engineer and economist, Vilfredo Pareto. It addresses the problem of allocating resources in any given situation. An allocation is said to be Pareto optimal if there are no other allocation that’s better than the current allocation. It means that there’s no other situation in which some individual in the group is better off and no individual is worse off.

The underlying mathematical formulation is really nice, but we’ll not discuss equations in this blog post. Let’s think about it in terms of the business deal that we talked about earlier. One all the terms are negotiated, they need to decide if this is the best possible deal for everyone. If there’s a deal in which everyone gets the same deal, but one person can get a better deal than his current deal, then the current situation is not Pareto optimal. This is because one person is not getting the best possible deal that he can get. Hence the concept of Pareto Optimality tells us that there is no other option in which one person would get something cheaper, more efficient, or more reliable than the current deal.

This looks eerily similar Nash Equilibrium. Is it the same thing?

Not exactly! Nash equilibrium is a set of strategies for a group where no person has an incentive to change his action. It is named after the Nobel Prize winning mathematician, John Nash. The payoff for each person might not be the best possible outcome for that person, but they have no incentive to change their action because that would make things worse. The people in the group are in Nash equilibrium if any change by one of them would lead that person to get less than if he remained in his current state.

Pareto Optimality, on the other hand, is a measure of efficiency. The outcome of a deal is Pareto optimal if there is no other situation in which at least one person improves his position while others maintain their current position. In other words, you cannot improve a person’s position without diminishing someone else’s position. We cannot improve upon a Pareto optimal outcome without affecting at least one person in a negative way. So a Nash equilibrium is not Pareto optimal, which means that the people’s payoffs can be increased across the board.

How does it work in practice?

Pareto Optimality finds itself in many different areas including economics, engineering, manufacturing, stock markets, and so on. By understanding the problem and formulating it in the right way, we can recognize if the outcome is Pareto optimal or not. For example, it can be shown that a given economy will be Pareto Optimal when it’s perfectly competitive and when it is in a state of static equilibrium.

Let’s consider the cost of goods to see how it works. If we have a unit of goods that could bring greater satisfaction to customers than in it’s current form, then someone would have been willing to pay more for the product. People would have been more attracted to the new form, hence increasing the price. Since the pricing model is in equilibrium, all other parameters will all be balanced. This means that each unit is in its best form for consumption by customers. No other configuration could result in greater satisfaction of customers based on current parameters.